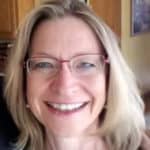 I am Leslie Fuller and began my career in senior living after earning my Masters in Social Welfare in 2008 with a focus in gerontology. I began my career with Brookdale Senior Living as a Resident Service Director in a large independent living community serving over 300 residents. After 6 years there, I took a position as Executive Director of a memory care community with over 50 residents.  Three years later, I became a Divisional Dementia Care Manager traveling the country to provide training and coaching to memory care staff in 13 states. I currently live in Las Vegas and now run my own consultant and training practice called Inspired Dementia Care.

Call to Schedule Your Tour